Putin eyes the Olympic logo. Do there have to be so many colors? These feelings make him uncomfortable. 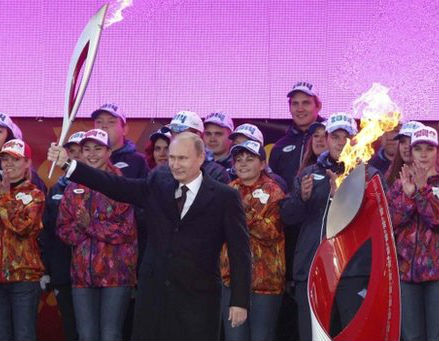 “Must this Olympic torch be flaming? Can it not burn with Soviet heterosexual lust?” (Source: BBC)

He must act swiftly to save Sochi! He issues emergency commands: 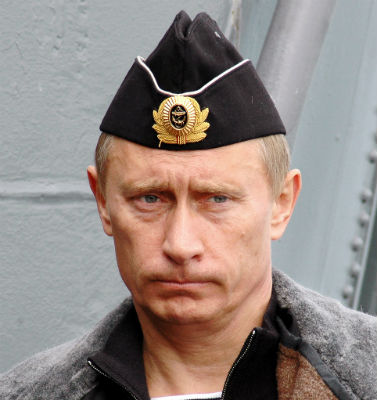 Putin disapproves of jokes about his glans-hat 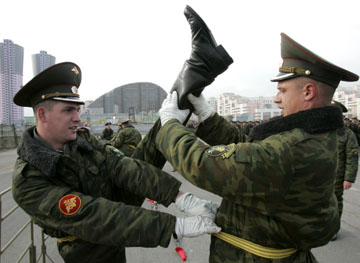 “Who put the stick up his ass?” “I did, remember? That’s what we’re doing here.” (Source: REUTERS/Alexander Natruskin (RUSSIA))

Or enjoy the movie trilogy trope of initial success, hype it up, it all goes wrong in the real world with the Vladimir Triptych: