Female Psychic Attack is written by Ross Jeffries, can be read online here, and on a parallel world where I invented English the word “Jeffries”  means  “creepy delusional.”

The very first word is “Bros”, and it’s the only time in history when talking about 80s sensations Matt and Luke Goss would be less embarrassing. Pluralizing “Bro” is bad; doing so in writing was once fondly thought impossible; but pretending to be a fratboy when you look like Popeye after a few years at Spinach-eaters Anonymous? 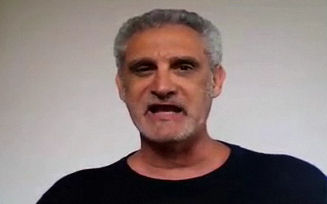 Ross was raised on a world of Amazonian warrior-bitches who sleep with M1 battle tanks, so he acts like every conversation is an arms deal with Ovarian separatists. That’s the sanest explanation for his crusade against the mind-altering evil of women. He also wages unending war against grammar, apostrophes, and captilization, but since he’s already declared the entire X chromosome his enemy those are only a minor skirmish. And expecting the author of a book about girls and their mind-blasting cooties to be good at communication is like demanding an Alien facehugger respect your personal space: by evolution, intent and sheer sucks-to-be-near-them they just can’t.

The intended audience is announced by the unexplained use of “AFC” in the first sentence. If you don’t know what that is? Well done on being a real human being who can approach the opposite gender without a strategy guide. This text is intended for high-level students of online misogyny lectures, since the term is never defined. Investigating the catalog of disaster that is the Fast Seduction 101 acronym page  reveals AFC as “Average Frustrated Chump.” Theirs is a world where the average state of males is sexually frustrated, possibly because they discuss “Hot Babes” so often it gets an acronym too.

The book asserts that all women are either sleeping with you or dedicated to destroying your mind. Here’s an example of the advice you’ll get from a man who thinks women can telepathically blast your testicles:

That’d get Robin Williams beaten on the set of a romantic comedy even if it was in the script. The only things that use “laff” are christmas-cracker joke-writing robots in their quest to destroy human joy. And it’s still better than the second suggested response:

My imaginary dungeons & dragons wizard only has ten ranks in fucking insanity so I can’t quite follow the train of imaginary thought here, but I see where it crashed off the rails through a psych ward and into a hall of mirrors. There are levels of desperate delusion here that’d make the Joker try to talk him down, and if I’m reading it right his advice is “If the girl doesn’t want to stay be extra-aggressive about wanting sex.” That’s not romantic advice, that’s Daterape for Dummies.

It gets worse. Watch as a single sentence leads to enough passive aggression to doom a thousand marriages:

Here he responds to a lack of phone calls by accusing the girl of being a dumb slut and/or fucking dumb sluts, depending on her ability to parse a man capable of concussing grammar. In Jeffries’ fantastic alterna-world this barrage of insults, ellipses and shouting has the woman desperately wondering how she can best please him. As opposed to two timezones away and still accelerating.

(Please be warned that the man who typed “HA HA HA HA!” like that is still at large and should not be approached by either gender.)

The final example in the eight-page opus is a masterpiece of denial insanity, involving a case “sent to me in email by a Bro”, the dating-advice version of a letter to Penthouse written by “a friend of mine from Canadayouwouldn’tknowher”, a recommended reply which would make Bizarro Superman look like a tender lover, and the girl breaking up with you presented as a successful result.

If I was writing a book of fan-fiction for my own penis,  my book about made-up not-dates would at least have her dumping me because she found me in bed with a rocketeering cheerleading squad. That way at least you’re pretending your psychic woman-hunting anti-voodoo works.