This morning scientists worldwide announced their total and unconditional surrender to climate change deniers, asking only that their capitulation take place on the slopes of Popocatépetl volcano at tomorrow morning.

“We admit it, it’s absolutely impossible for science to make any predictions of future events based on current theory and measurements,” admitted leading volcanologist Magnus Pyroklastic. “Which is why we want all climate change deniers to gather together, in one place, to accept our surrender. And that place should be in the slight depression in the south face of the volcano at 11 am plus or minus an hour tomorrow morning.”

“This will be symbolic of science’s total failure at predicting events.”

Scientists are even now working feverishly in the crater to set up cameras and television screens around the projector area. This includes a heavily reinforced VIP zone for all the denialist politicians. “It’s important that there should be protection between such politicans and the rest of the population”, explained atmospheric scientist Skye Blough. “That’s why we’re setting up these layers of chain fencing. It takes hours for people to get through, so it’s safe, but is absolutely and instantly permeable to any gases or liquids.”

The scientists explained that the televisions are so that the scientists can surrender remotely, as they feel too intimidated by the denialists iron-clad ability to point out when a day is cold and declare “So much for global warming!” to face them in person.

The scientists say the surrender could take several hours, and that the climate-change deniers should employ their special skill of absolutely sticking to their current position no matter what new evidence comes their way.

Ireland has been left without government  after a xenobiological infestation exterminated a large part of the Oireachtas. Earlier today senator Paul Bradford stumbled into Leinster House, the 18th-century Ducal Palace which acts as repository for the Irish government’s physical shells and moral views, with a scaled alien parasite affixed to his face. When security guards attempted to help with the horrific biological trauma being he hissed “There’s no such thing as an alien abnormality” before collapsing.

Taoiseach Enda Kenny swiftly leapt into action, pledging to establish constitutional convention to examine the issue, and whose convention’s recommendations would then be put to an Oireachtas committee, which would then explore possibly establishing a framework for future legislation, but only if Fine Gael was re-elected, following the dissolution of the current Dáil. The last part of this statement was relayed by radio as he had side-stepped the issue so far he was now in Cork. Unfortunately his deflections didn’t divert alien parasites which leapt from Bradford’s exploding corpse to infect several more TDs.

Health Minister Leo Varadkar rushed to the bleeding and inflated deputies to apply emergency spin. He urged considered and careful debate on the alien parasite issue. He pointed out that there would never be any such thing as a perfect solution, and that the mounds of bleeding bodies and ruined lives he was standing directly on top of as Health Minister — a pile which had doubled in size during his rhetoric, leaving him standing knee-deep in blood and gore– were no evidence at all.

When one security guard suggested destroying the alien parasites before they emerged he was threatened with a fourteen year jail sentence, and told to be grateful as before it would have been life imprisonment. Another guard suggested just leaving the Dáil but was reminded that many people couldn’t afford to just leave Irish institutions behind forever no matter how many problems it would solve.

The most recent reports from the speaker of the emergency committee of surviving Dáil members said “Hssssssssssssss!” and extended a second pair of jaws from inside its regular jaws, dripping acid which burned the floor. It then announced plans to rescind the water charges and is expected to sweep the next election. 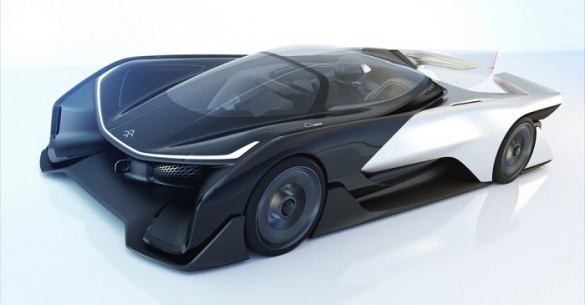 “This is truly the car of the future” said Smiley Flakman. “Because it doesn’t exist in the present. It harvests the infinite resource of excited tech shills desperate to make their hourly article quota, amplifying our high-performance brand acceleration engine.”

The car is a picture of a 1,000 horsepower all wheel-drive carbon fiber cocoon hypercar, which can also rotate its wheels and fly like the DeLorean in Back to the Future if you close your eyes and just dream hard enough.

“Yes, this physical shell has a top speed of zero, not being a real item or having any technological merit whatsoever,” continued Smiley, “But the spirit of this car can move at the speed of your hope. Other electric cars claim efficiency by merely using less fuel with their actual functioning physical bodies, but we’re efficiently getting a free global PR campaign without any fuel, or engine, or even a passing familiarity with the laws of economics or thermodynamics required to even pretend something is possible!”

“It’s a tablet with wheels!” At this point Smiley visibly froze, loading icons rotating in his pupils as he accessed the latest SEO tables. The assembled reporters held motionless as well, confusing this bizarre action for part of the PR package they were expected to regurgitate precisely. Several excited reports of the event included five pages of blank space which wasn’t removed by a copy-editor, because none of them work for places which have those those, but were rather reduced to a single space by their blog’s CMS.