Pacific Rim is coming out soon, and it doesn’t need reviews because it has posters:

A picture is worth a thousand words. In this case “I WANT TO SEE THIS” two hundred times.

The new megamechs are called Jaegers, which means that their pilots are automatically Jaegermeisters.

This makes perfect sense: many of the times I’ve felt like an absolutely unstoppable incarnation of human awesomeness, several Jägermeister-like substances have been involved. They’re the super-soldier serum for heroes who have far better things to do than fighting people. And if you’re complaining that there’s a missing e and extra umlaut there, haha, yeah, that’s exactly the kind of skill that’ll make you a giant robot pilot.

Behold as I practice what I preach, combining a masterpiece of human tool-using skill with a giant robot* in The Truth Behind Pacific Rim.

*the masterpiece of human tool-using skill is a bottle of bourbon.

If you’re worried by early reports on Man of Steel, lower your expectations with the Worst Supermen Ever. A Super-squad so terrible, Nazi Superman didn’t even make the list!

In fact Overman is almost adorable. An alternate world where Adolf Hitler won the second world war, pursued his eugenic agenda, and then the ultimate physical specimen literally descends from the heavens to join in. He’s head of the JLAXis, and that is exactly the kind of glorious insanity alternate universes are for. They’re arenas for the stupid and spectacular. They’re not meant to be entire realities filled with piddling minutiae, spacetimes stuck in a morass of utterly irrelevant editing and retcon. Speaking of which:

Superman should NEVER look like he’s about to go “heh.”

When your alternate of a spin-off Superboy-Prime changes to Superman-Prime not because he matured (which doesn’t happen in comics), but because of real world legal disputes with its creator, seventy years later, you might actually be allergic to new ideas.

Much more Superboy-mocking in The Worst Supermen Ever.

Fighting games let you grapple with strangers in complete safety, teach you new techniques for touching them, let you try any body type you like, and most of the costumes are clearly designed to make love instead of war. 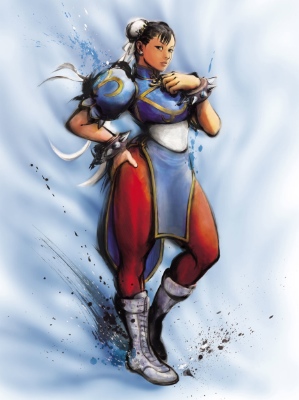 Imagine any other way you’d be prepared to indulge in three minutes of physical fun with a random stranger on the internet. Your reaction would be to attack anyone who suggested it and get out of there, meaning fighting games have you coming and going. Fighting games are the purest skill challenge left in online gaming. The only extra equipment you get for playing longer is a callused thenar space. Which sounds like somewhere you’d have a star war against aliens, but modern fighting games involve more energy blasts and teleportation.

The only problem is the lopsided gender divide, where “lopsided” usually means “top-heavy, or possible double Zeppelin impersonation”. While the men have been snatched from a fancy dress party, the women have clearly been teleported in by that Terminator time machine that can’t do clothes. I suggest a solution in my latest article, How To Make Every Fighting Game Better, and prove that Zangief is the ultimate modern man. 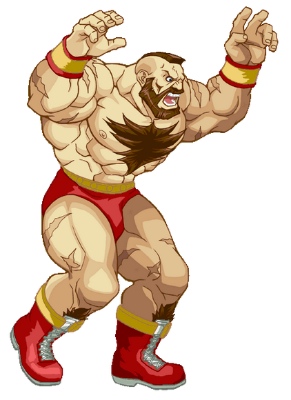 EXTRA READING: I’ve examined structural improbability before with The 14 Worst Boobs In The History Of Video Games