Pacific Rim was a daring film in many ways, not least in how it focused on what were clearly intended to be supporting characters just so that the coolest kaijufuckers in all creation could get on with their jobs. 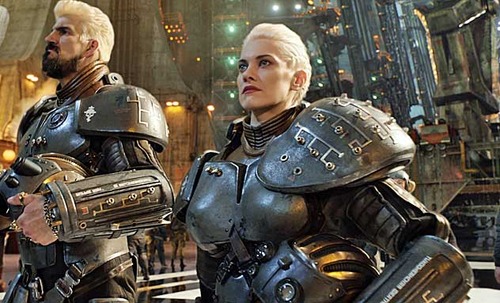 If a genie ever offers me the job, costume, body, or sex partner of my dreams, the answer will be the crew of the Cherno Alpha, and I don’t care which.

How did they survive being crushed and exploded and also drowned by Leatherback?