Animator and member of Monty Python Terry Gilliam today apologized for the escape of Nigel Farage.

“I was animating a satire about ridiculous political beliefs, and one day I left the studio without gluing him down.” explained an abashed Gilliam. “The next morning he was gone. I just didn’t think such a blatant parody of human behavior could do much damage.” 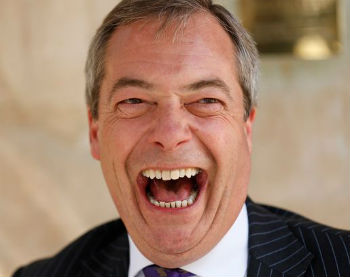 Farage now has a successful career of leading UKIP and standing at precisely 90 degrees to every camera at all times. The comic basis for his existence continually shines through with ridiculous claims, satirically bad policies, and an inability to resist turning every leadership contest into a farce.

Farage’s brother Conrad Pooh distanced himself from the political movement, explaining that he didn’t want the army of solid chunks of brainless skull-matter that danced to his tune sullied by association.

“Maybe 40 years ago it was important to prevent pillocks from ruining everything, but we’re here now, and we’re obviously against that” said the pillock. 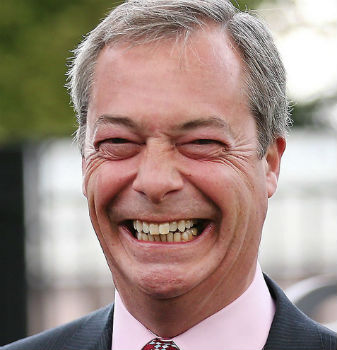 “I asked my children and they told me they don’t think I’m a pillock. And if you can’t trust a man who uses his own children as political proof, who can you? What’s that? No, I can’t claim ‘I have a friend‘ who isn’t a pillock. I don’t seem to have any of those since I started talking in public.”

“I think the situation that we now have, where being a pillock in public can lead to negative consequences, is one I’m not used to” said the pillock. “I mean, I’m white and rich. I shouldn’t experience the slightest inconvenience no matter how many other people I hurt. That’s the attitude the Empire was founded on. And the days of Empire are the fondest fantasy of pillocks like me.”

Fight back against the pillocks with the UK1P, The United Kingdom One Person party!